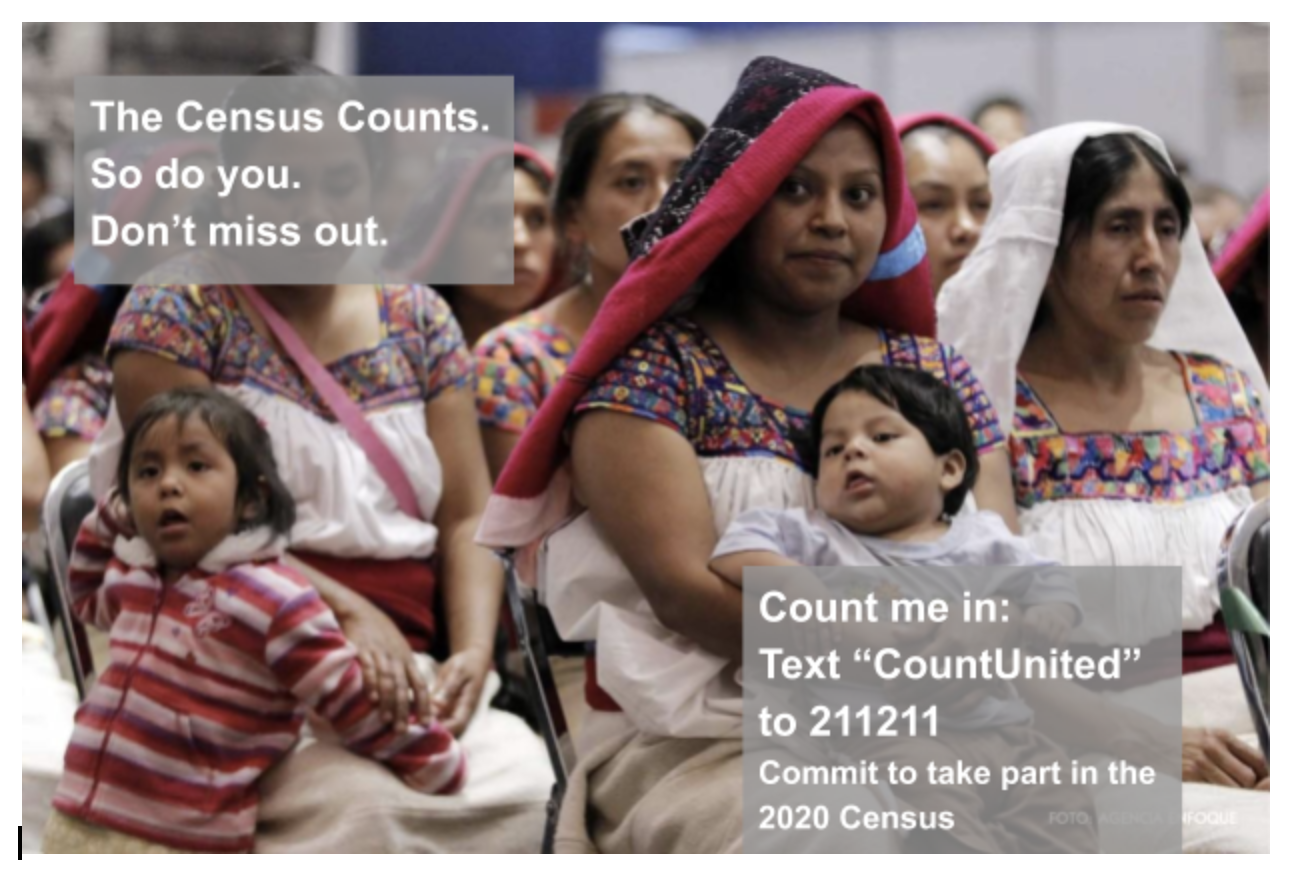 The 2020 Census is coming soon. If we are in the streets, and on the news, and even in the polling booth, but not in the Census, we will find the things we need are still missing. This is the time to get involved. The Census counts. So do you. 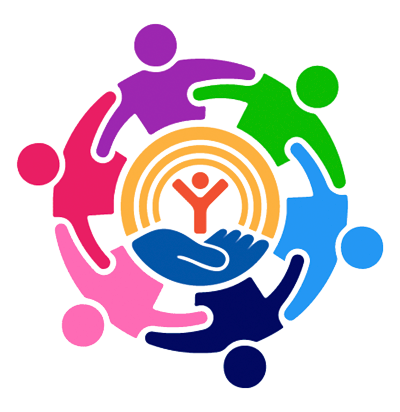 Here are the 3 things you need to know:

Filling out the census is easy. You will be asked a few simple questions like your age, the number of children in your home and your marital status. The U.S. Census Bureau will send you a postcard to complete the survey online and it should only take about 15 minutes. If you don’t have access to the Internet, you can find out if your eligible for a low-cost internet subscription here. You will also be able to fill out the census over the phone or in person.

Your community has a lot to gain. Each person counted in the census means more money will go to your community for the next 10 years for things like schools, roads, hospitals, and children’s healthcare. Census data is also used to decide how much of a political voice we have in Congress. Participating in the census means you are claiming your community’s fair share of federal money and political representation for California.

Every person counts! In the past, many communities have been left out of the census. People of color, immigrants and children are among those most likely not to be counted. These communities have so much to gain. It’s important for everyone living in the U.S. to be counted - citizens and non-citizens. If you live in California, you count in California. Let’s pledge to #CountUnited!

March 12-20, 2020 - Internet Invitation Begin to be Sent - The U.S. Census Bureau will send the first invitations to complete the Census online to households.

April 2020 U.S. Census Day - By this date, every house should have received an invitation to participate in the Census.

April 8-16, 2020 - Hard-Copy (Paper) Responses. Another reminder and a hard copy Census questionnaire will be mailed out to households who have not yet responded.

April 20-27, 2020 - Final Reminder - Final reminder postcards will be mailed out before an in-person follow-up.

There are 3 ways to fill out the Census. 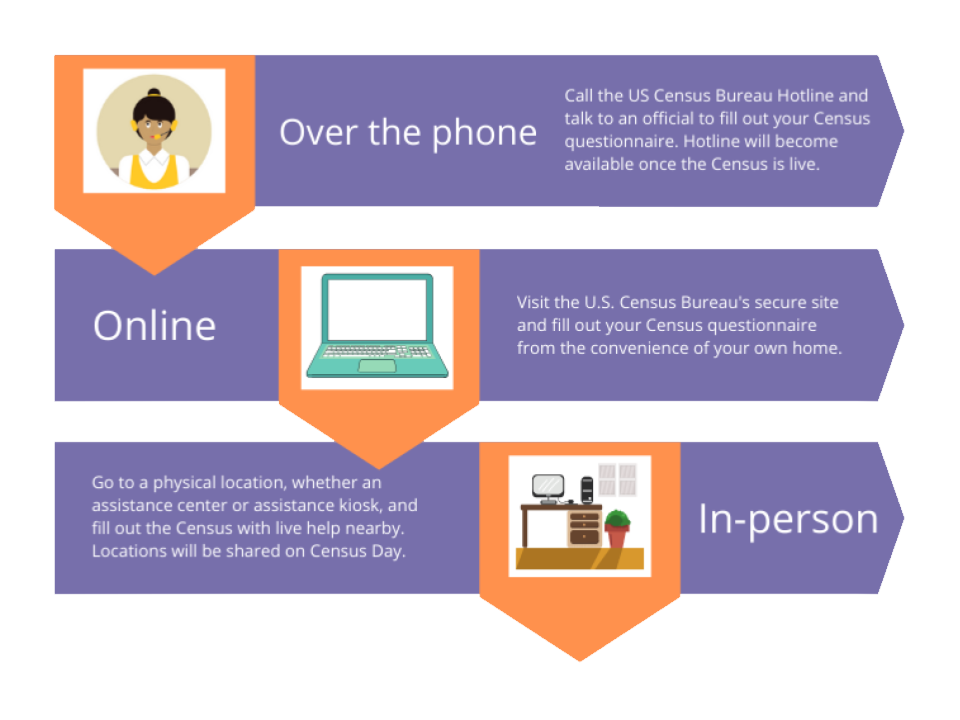